Blessed are the Peacemakers 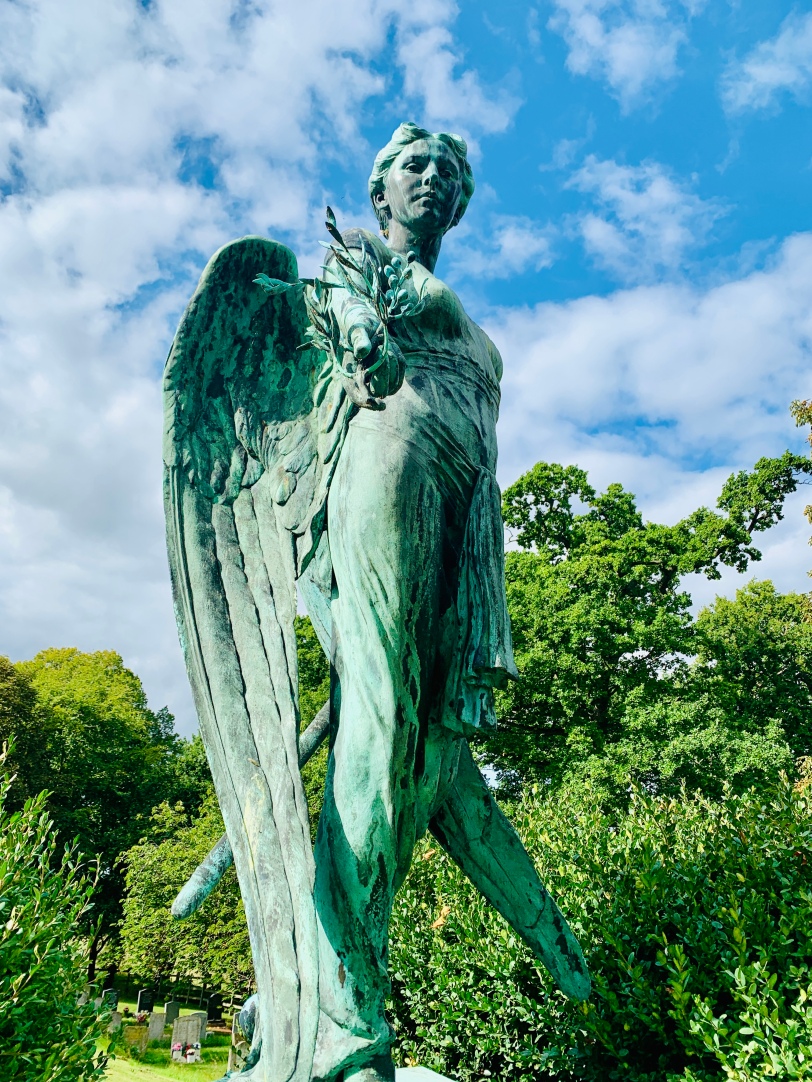 During a drift of Newark some time ago now, Russ Ralph and I met what we now both believe to be a ghostly person, an old woman who appeared and told us about the Red Gutter at East Stoke (some call it The Bloody Gutter) where 7,000 men were killed in the battle of Stoke Field (more on this in a later post). So we went to East Stoke and whilst we were there we went into the churchyard of St Oswald’s (we always visit church and grave yards when we come across them). In the graveyard we found something unexpected. Here in the middle of nowhere, Nottinghamshire, was a graveyard memorial to the first ever British ambassador to the USA and here it is.

The angel carries an olive branch and the quote “Blessed are the peacemakers” is written on the pedestal along with “TO THE MEMORY OF THE RIGHT HONOURABLE JULIAN BARON PAUNCEFOTE OF PRESTON
FIRST AMBASSADOR TO THE UNITED STATES OF AMERICA BORN SEPTEMBER 13™ 1828. DIED IN WASHINGTON
MAY 24TH 1902”