‘One’ from ‘CAGED’ with New Parks Pre-School Children and Staff

‘One’ – performed by the children and staff of New Parks Pre-School at the soon to be closed down New Parks Community Centre, Leicester.

‘CAGED’ is a series of found sound interventions, collections and revelations led by artist musician producers I-mitri CounterAction (Dimitris Moraitis) and Little Onion (Paul Conneally) with and for the people of New Parks, Leicester.

After sitting in circle and talking with the three and four year olds of New Parks Pre-School about John Cage, noise, sound, silence and slugs the group perform ‘One’ together – a minute of performed silence.

The council run Pre-School is under threat as it will close with the closing of the Community Centre as part of widespread cuts that Leicester City Council is having to make to meet budget requirements imposed by the government as part of its ongoing austerity measures. The Pre-School leader (who along with other staff is being made redundant) is seeking permission to take over the running of the building and to keep the pre-school running along with other community activities. 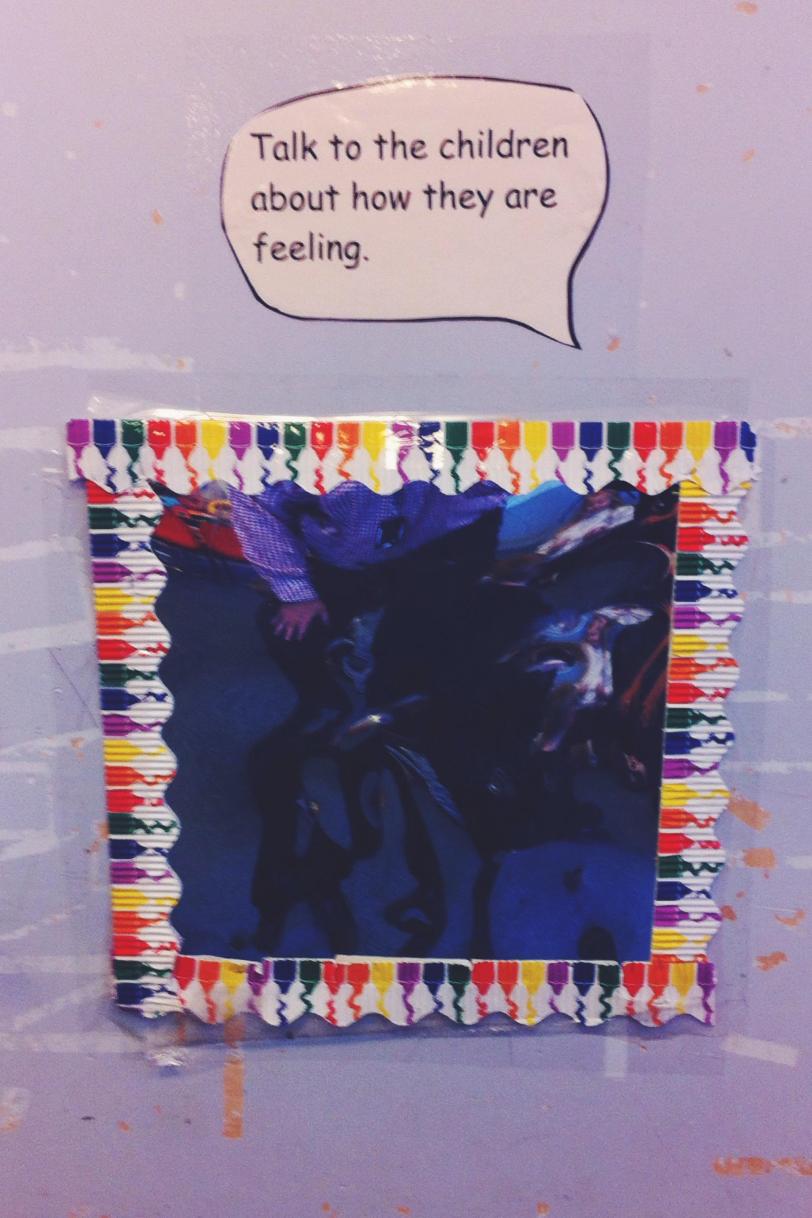