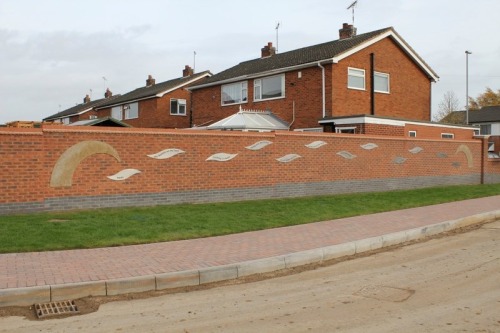 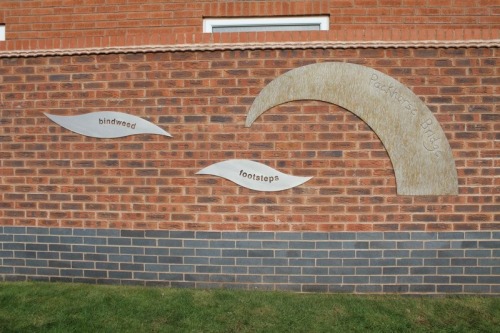 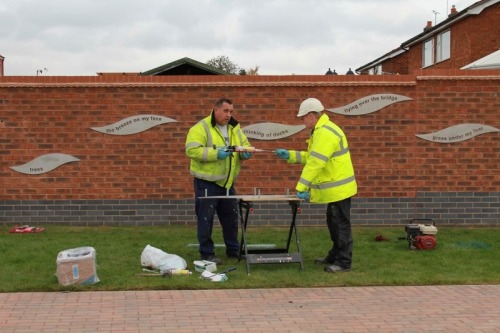 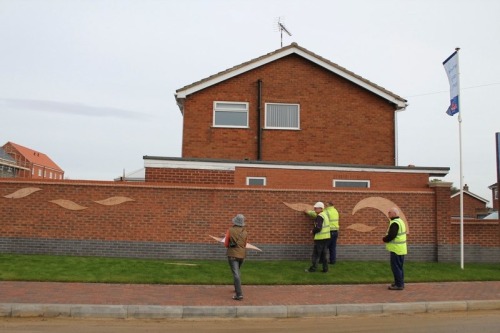 The Two Bridges wall relief is a piece by Lindsay Jelley out of the wider public intervention piece Two Bridges with Paul Conneally.

The whole piece was funded by Jelson Homes on behalf of Charnwood Borough Council.

The bridge is probably 17th century, and comprises a small rubble bridge for pack horses with two round arches, and a pointed cutwater rising into the parapet on the upstream side. The parapet approaches are splayed out. The masonry is fairly rough with several pieces of slate. A few patches of cobbling remain on the pathway.
The Bridge was widened on the north (downstream) side in 1696 in order to carry the coach of King William III who was travelling from Leicester to Bradgate House to visit the Grey family. The arches are lined with brick where extended.
For further information on King William’s Bridge, contact the City Archaeologist in the Design and Conservation Team.

The map above is based upon OS Mapping with the permission of the Controller of Her Majesty’s Stationery Office. Crown Copyright. Unauthorised reproduction infringes copyright and may lead to prosecution. Leicester City Council Licence LA 078417.