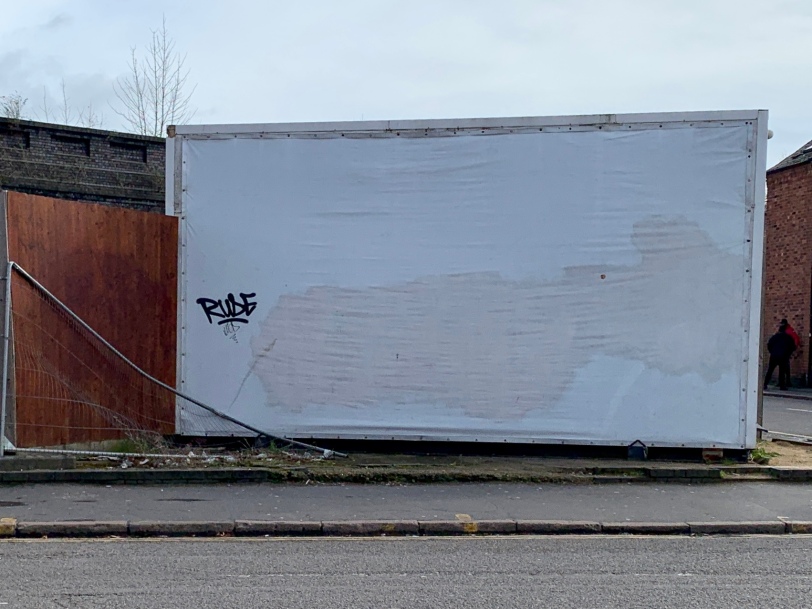 All we have in common is the illusion of being together. And beyond the illusion of permitted anodynes there is only the collective desire to destroy isolation — Impersonal relationships are the no-man’s land of isolation. By producing isolation, contemporary social organization signs its own death-sentence’

from The Revolution of Everyday Life:Impossible Participation or Power as the Sum of Constraints – Raoul Vaneigem

Imagine you were an alien that had been programmed with all the knowledge of art but had never seen any. What might you mistake for a painting, for art as you wander through Earth’s streets, shopping malls, country roads, subway systems…?

This is the premise that artists Millree Hughes and Paul Conneally used to set up their social media work of art ‘Involuntary Painting Facebook Group’ the first ever artwork that is actually a Facebook Group and lives inside Facebook itself without any formal connection to the Facebook company other than it’s within it .. like mistletoe on an apple tree.

“The gallery of the street is open” – Paul Conneally