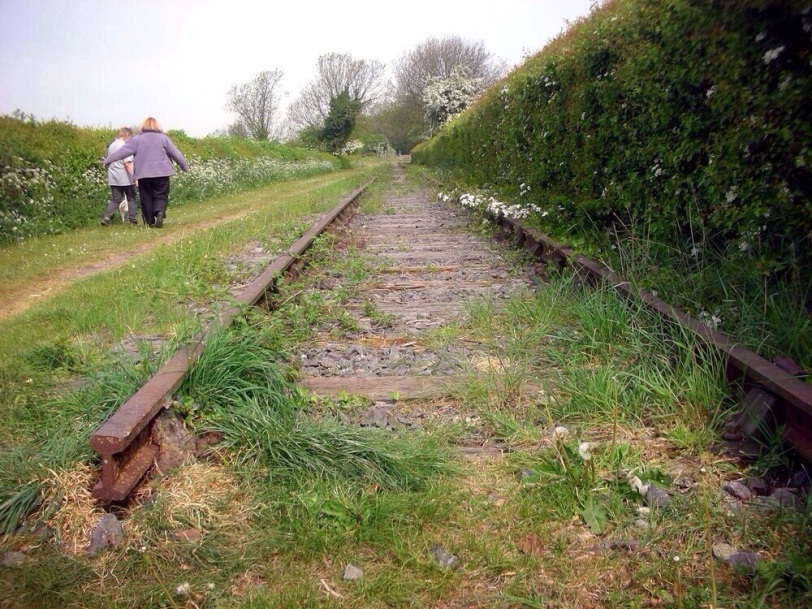 We move together along the disused railway track towards the top of the Swannington Incline.

“Don’t look the dog in the eyes. He don’t like it”