St. Aidan’s church was designed by Basil Spence and built in 1957-59. The mural was Gordon’s first major tile commission. He made the tiles across 1957 and 1958 with the completed work installed in 1959. This large mural stands in the porch of the church and depicts scenes from the life of St. Aidan. Gordon had previously produced studio pottery at Walton Pottery in Chesterfield and was also responsible for the now demolished Carter & Co abstract tile mural at Basildon Bus Station.

The mural is a wonder and yet most people in Leicester are unaware of it and in fact that they have a Basil Spence church (two actually) in the City. It is one of the best surviving tile murals of the post-war period. Gordon’s more well known mural, on Basildon Bus Station, was the subject of a campaign, failed, to save it for the nation. At a time when Leicester is celebrating the finding of the bones of King Richard III the City can also be proud of this mural which, in its telling of the story of St. Aidan, has at its heart an even earlier King of England, King Oswald.

I will be returning to explore and make work related to this site and the New Parks locality over the coming months.

I leave you for now with some details of the mural. 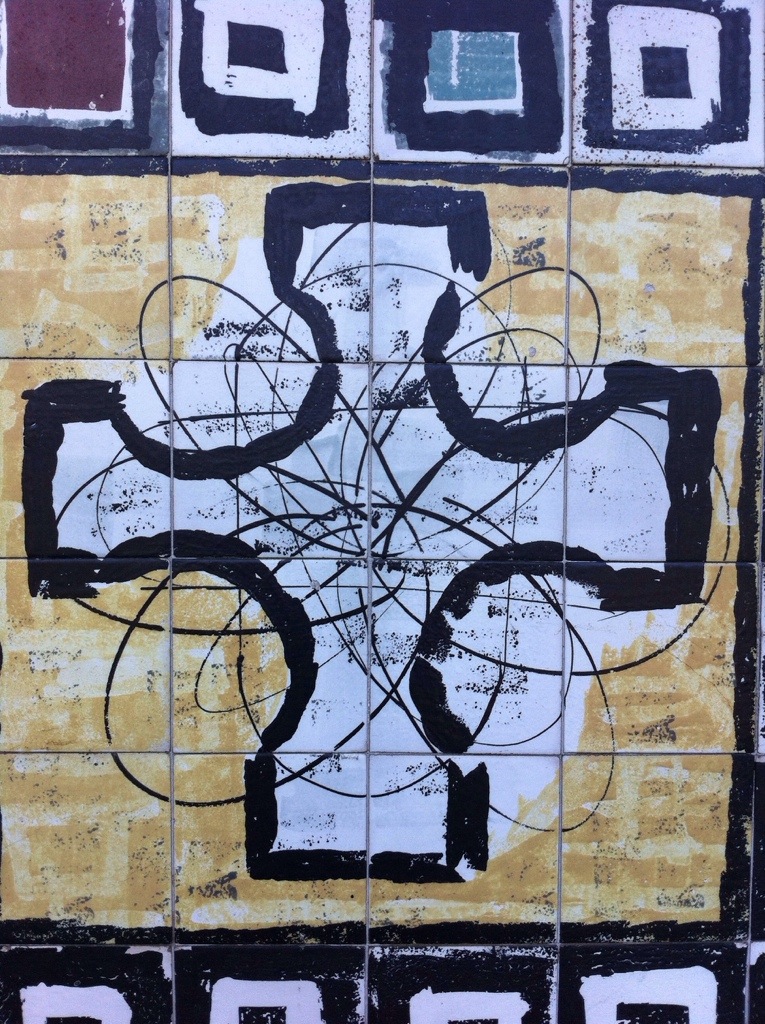 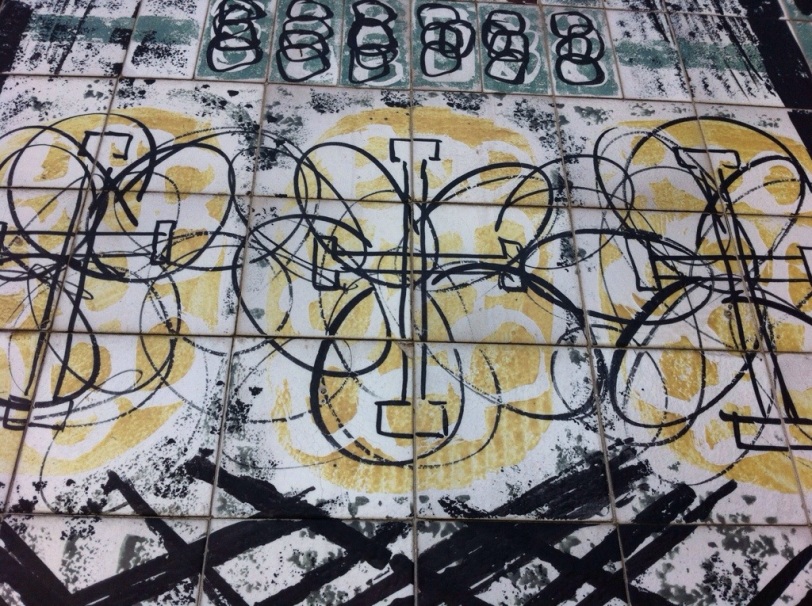