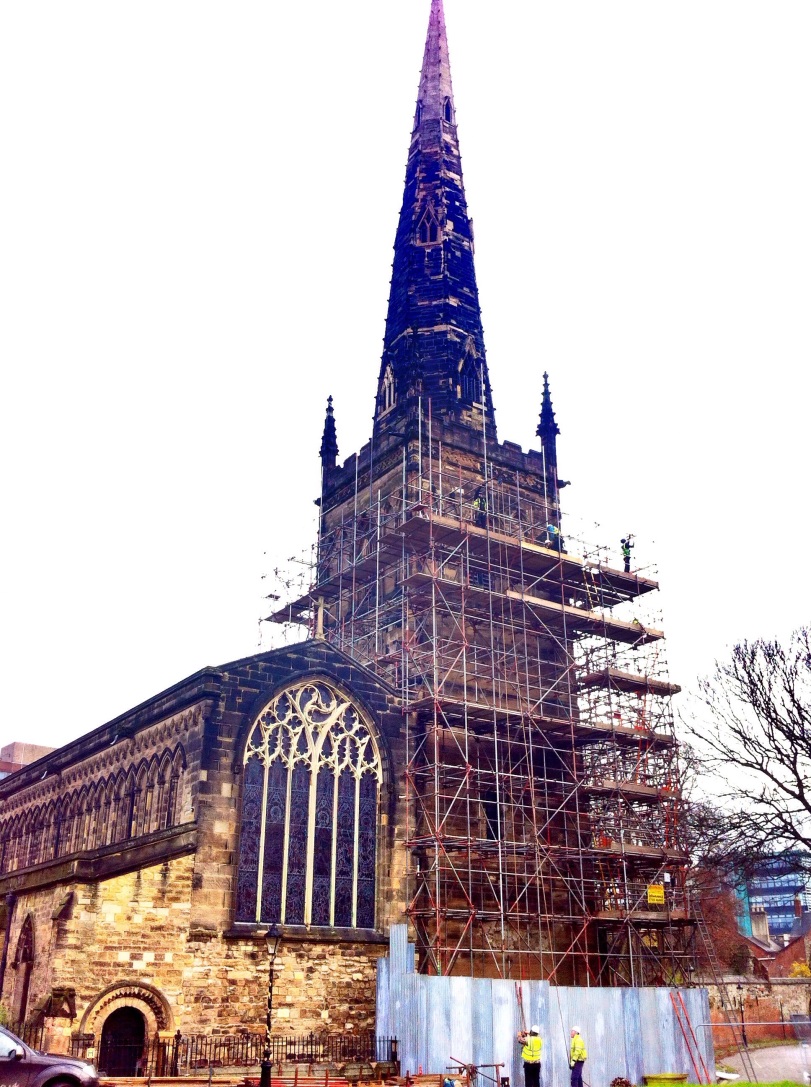 St. Mary de Castro Church is having its spire dismantled, taken down. It is the second oldest church in Leicester. King Henry VI, the ‘boy King’ was knighted in the church in 1426. The poet Geoffrey Chaucer married his first wife here.

The church was founded in 1107. The church tower was built before 1330 for sure as there is a written record telling us that a man fell to his death from it in that year. The original spire was a broach spire. The broach spire was replaced in 1400 by a thinnish crocketted spire. The spire has been a source of problems almost since it was first built. One of Sir Christopher Wren’s best masons, Henry Cotton, was given the task, in 1685, of taking off “5yds. In length downwards” and to build a new top.

More work since then has been undertaken periodically from then to the present day when it is now having its most radical treatment in that it is being completely taken down after being deemed unsafe. Work to put up scaffolding started on the 18th of November and it is currently at a height just below the start of the spire itself.

English Heritage has secured funds to take down the spire and the intention is that it will eventually be rebuilt although much fund raising needs to be done before this can happen.

scaffold high
a worker leans out
into the wind