The Statue of Liberty – Leicester 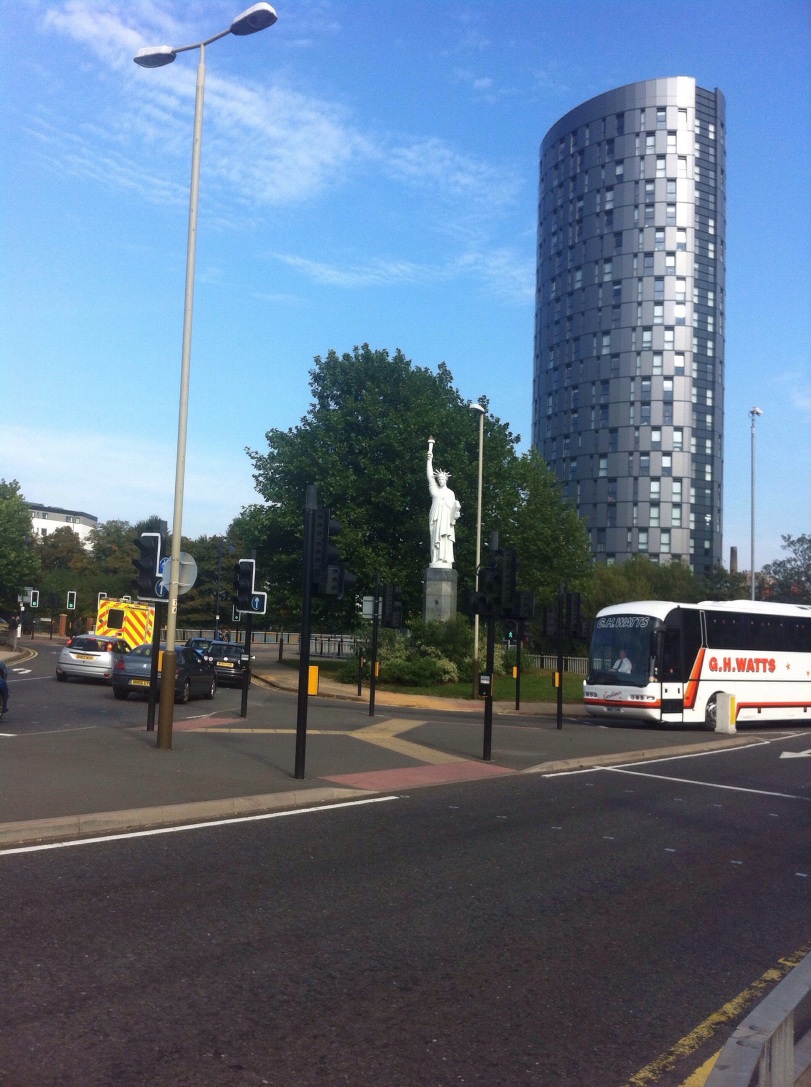 Leicester people campaigned to save the statue and she now sits on a 4.5-metre plinth on the Swan Gyratory roundabout, just across the way from where she originally stood.

But why is there a version of the Statue of Liberty in Leicester at all?

It’s not because there was already a Liberty Shoes company in Leicester – in fact the shoe company was named after the directors of the existing Lennards Shoes visited New York in 1920 and saw the Statue of Liberty.

They were so impressed that on their return to Leicester they asked sculptor Joseph Herbert Morcom to sculpt them a smaller version from three pieces of stone in his workshop in The Newarke, Leicester.

Once completed they had it placed on top of their new factory building (1919) on the corner of Eastern Boulevard and Upperton Road and renamed their company ‘Liberty Shoes‘.

The Liberty Statue stood there, overlooking the River Soar, until the factory was demolished in 2003. The statue then sat in storage until 2008 when due to public demand it was put back on show on the traffic island made as part of the Upperton Road viaduct system.

If you are in Leicester, search out the old girl and give her a wave!

One thought on “The Statue of Liberty – Leicester”